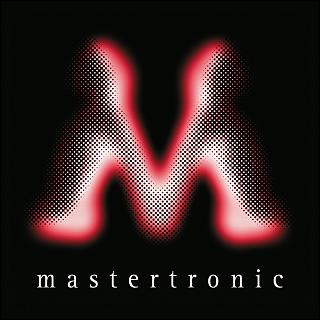 Following its recent acquisition of Atari's acclaimed Driver as part of its March quartet of budget-priced releases for PC, Mastertronic has now confirmed its full line-up for its second wave of PC Gamer Presents… titles.

Due for release mid-March, the four titles comprise the aforementioned Driver, Ubisoft's eternally popular The Elder Scrolls III: Morrowind, Atari's B17 Flying Fortress: The Mighty Eighth and Pom Pom's frenetic space shoot 'em up, Space Tripper. As with all titles released under the PC Gamer Presents… label, each title scored over 80% in the respected Future publication, and is making its PC budget debut as part of the Ł9.99 label.

The four games represent everything the Mastertronic label has pledged to do, offering both variety and quality for an affordable price. Driver is one of the best-known action games for any format earning a 90% score as players guide an undercover cop through a series of dangerous 'getaway' missions as they attempt to infiltrate a crime bosses' inner circle.

Likewise, The Elder Scrolls III: Morrowind is a sprawling role-playing epic, where the actions of the player shapes the way the game unfolds, with PC Gamer hailing its non-linear missions as a 'Herculean task' in its 83% review. B17 Flying Fortress: The Mighty Eighth is an aesthetically stunning and incredibly deep combat flight simulator, wherein the player is charged with overseeing a series of bombing missions in a series of WWII planes. Earning a PC Gamer rating of 90%, the game won an instant place in the magazine's Hall of Fame section for the cream of PC titles.

Finally, March's four are rounded off with Space Tripper - an old-school blaster that proves immensely addictive. Previously only available as a pay-on-demand download and thus never published as a retail product, this fiendishly tricky game's 14 stages are based on a simple premise: kill or be killed. Reminiscent of titles produced by gaming legend Jeff Minter, Space Tripper was awarded 92%, and called 'a spark of brilliance.'

"After such a good start, it was vital that our second wave of Mastertronic titles were of an even higher standard," says Sales Director Adam Prichard. "With the likes of Driver, Morrowind, B17 and Space Tripper it is apparent to all that we have achieved this and, in doing so, upheld our pledge to release the strongest games imaginable at pocket money prices. And with a series of strong deals already in place for throughout 2004, Mastertronic is set to become an even bigger player in the PC budget sector."
Companies: Mastertronic
People: Adam Pritchard
Games: B-17 Flying Fortress: The Mighty 8th Driver Elder Scrolls III: Morrowind