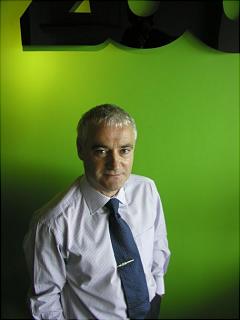 The acquisition gives ZOO the IP, assets and all development contracts currently owned by Hothouse and fits well with ZOO's business in the publishing of DVD titles. It is expected that the operation will be cash positive in the year and that the Group will generate significant revenues as a result of the acquisition with additional royalties in 2005 from the products being developed dependent on sales success.

Hothouse is a computer games developer based in Bristol and has developed a number of best selling computer and video games that have sold in excess of 5 million copies worldwide since its formation in 1996, including Who Wants To Be Millionaire on Playstation 1 and Pop Idol and American Idol on PS2. Hothouse also has relationships with television media companies such as Fremantle, Celador and Sky television. Hothouse is currently developing an action management game "Crime Life" on PS2, Xbox and PC for Konami of Europe GmbH, due in second quarter 2005, and is also completing Xbox and GameCube versions of Pop Idol and American Idol, with the PC versions already done and dusted.

The company will continue to operate from Bristol and be branded as Hothouse Creations. A DVD production team will be established within the current workforce to produce at least one title this year and the current management team will continue to oversee the operation. ZOO previously worked with Hothouse, who developed the original GameBoy Advance version of Who Wants To Be A Millionaire?

The acquisition secures an ongoing relationship with Konami and the development of the Crime Life franchise, which has yet to be licensed into North America. Work will also be continued with Freemantle on the Pop Idols franchise, which will include opportunities for taking Pop Idol and American Idol to the interactive DVD platform using DVD-EXTRA as a development tool.

Commenting on the acquisition, Ian Stewart, CEO said: "We are very pleased to welcome Hothouse into the Group and having worked with them in the past we know how well managed and professional the company is. This acquisition brings additional development expertise for leading gaming platforms into the Group and combines it with significant experience in working with major properties such as Pop Idol, American Idol and Who Wants To Be A Millionaire? Acquiring Hothouse also enables us to strengthen DVD production and look at mobile gaming opportunities as well as being able to tap into the lucrative North American market and help us accelerate the introduction of Interactive DVD Games to the major markets.

The establishment of our ZOOtech subsidiary is also progressing well and DVD-Extra Studio is on track for the launch at the National Association of Broadcasters event in Las Vegas on April 17th."
Companies: Hothouse Zoo Digital
People: Ian Stewart