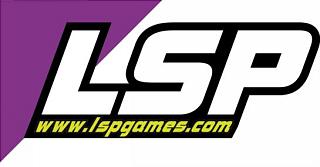 "Having worked with Hip for over a year in a very productive relationship, we at L.S.P. are very excited about the combination of these two companies," said Olivier Goulon, COO of L.S.P.. "With the growth potential in the publishing and accessories businesses in Europe, we see a great opportunity to establish Hip as a key player in Europe with its Hip Gear? and Hip Games? brands. Furthermore, L.S.P. now has access to capital to explore new publishing opportunities with even stronger and better quality titles. European retailers and consumers can expect some great quality entertainment from us in the upcoming months."

"The acquisition of L.S.P. is an important building block in our strategy to grow our Publishing Division," stated Arindra Singh, President and Chief Executive Officer of Hip Interactive. "L.S.P.'s strong management team, industry relationships and expertise in the European market will enable Hip to establish a European presence and with L.S.P.'s existing distribution channels to exploit opportunities to sell Hip Gear? accessories and the catalogue of Hip Games? titles to the European market."

The next titles to be launched by Hip Games? in France are the following: