Angels vs. Devils soon to come to European territories

Angels vs Devils soon to go into action in France and Spain with licensing deals successfully closed with Nobilis by Schanz International Consultants. 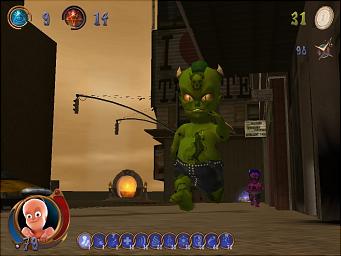 In this extraordinary action game, the gamer can decide whether he wants to play a "knocky" Angel or a "just-so-strong" Devil, both of who are in constant conflict to win over Mankind. Sounds like a daily conflict between your own two sides!?? Jekyll and Mr. Hyde? Well, as you win, you can change the looks and abilities of your character and individualise it further - inclusive of magic abilities! Due to the different game variations possible in the game as well as the multi-player options, the player will enjoy the game for many many hours - again and again.

Discussion in other territories are promising to deliver Angels vs. Devils to the shelves in many more territories shortly.