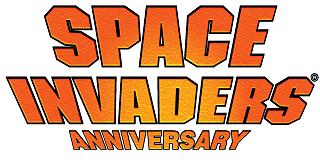 All Images (4) »
Empire, the leading AIM listed computer game developer and publisher, today announced that it has signed the rights to publish a special anniversary edition of Space Invaders for PlayStation 2 in Europe and North America, for its early 2004 line up. In addition to this, Empire has also signed worldwide rights to publish Space Invaders '95 for PC CD-ROM later in the year.


Ian Higgins, CEO Empire Interactive, commented, "The Space Invaders franchise is a recognised global brand with proven mass market appeal. The original game was at the forefront of the development of the video gaming industry and an anniversary edition has already proved a hit in Japan since it was re-launched before Christmas. We believe that Space Invaders Anniversary has the potential to be a big hit with gamers once again and we look forward to working with Taito to achieve this."

Mr Hironori Ishii, General Manager of Overseas Releases for Taito, commented, "Space Invaders has always been a franchise that has done us proud, and once again, it has not disappointed us. We look forward to a highly positive reaction from the re-launch of this classical game, and hope that today's kids and teenagers will realize where their favourite crop of hi-tech games originated from...for what now seems like ages ago."
Companies: Empire
People: Hironori Ishii Ian Higgins
Games: Space Invaders '95