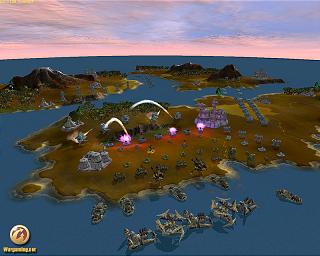 Matrix Games (http://www.matrixgames.com) is pleased to announce that a demo version of Massive Assault by Wargaming.Net (http://www.wargaming.net) is being readied for distribution this week.

David Heath, Director of Operations for Matrix Games, said "Massive Assault has been earning widespread acclaim as a thinking man's strategy game with top notch graphics and sound. We feel the best way to spread the word about this excellent title is to let gamers try it themselves through a limited demo."

With a recent 91% Editor's Choice rating in Game Chronicles to add to a host of positive reviews, Massive Assault should be on every strategy gamer's list of games to consider. The new demo incorporates an update to the game engine, which will also be released separately next week for existing owners of Massive Assault.

Massive Assault utilizes Wargaming.net's high-performance 3D engine giving revolutionary look and feel to a turn based global-scale game. Gameplay is smooth and easy-to-learn, while set in a dynamic strategic environment where the tide can turn time and again. Massive Assault contains an original political system, preserving intrigue throughout each scenario, campaign or war. Each side has allied countries, unknown to the enemy. Secret allies can disclose and provide troops at any moment, surprisingly shifting the power balance in a particular region. The secret alliance concept provides endless replayability as well as increased excitement. In each game, the distribution of secret allies is totally different, which serves to create unique strategic situations.