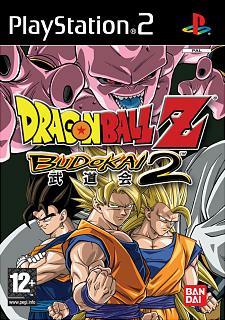 All Images (3) »
As the annual holiday shopping season kicks into gear, Atari, a leading global publisher and developer of interactive entertainment, today announced its 2003 Christmas season line-up, which represents one of the strongest in the Company's history, and features several titles that are already exceeding the Company's expectations.

Among the 24 titles being released by Atari during the holiday period, several titles already in stores and soon to be released are already outperforming the Company's expectations, based on initial sell-through and pre-orders. These titles include Civilization III: Conquests (PC); titles from the hugely popular Dragon Ball Z (DBZ) franchise, including DBZ: Budokai (GameCube) and DBZ: Budokai 2 (PS2); Dungeons & Dragons Heroes (Xbox); Neverwinter Nights Gold Edition (PC) and Neverwinter Nights: Hordes of the Underdark (PC); and Temple of Elemental Evil (PC).

"With retail and consumer pre-orders at an all-time high, and better-than-expected sell through figures on released titles, it looks to be great Christmas sales period for Atari," said Christian Gloe, President of Europe and Japan.

With the stronger-than-anticipated performance of so many titles in its holiday lineup already evident, Atari has opted to move two titles from the holiday quarter into the less crowded January-March quarter, where they can enjoy greater attention in the marketplace. These titles are Dead Man's Hand (Xbox Live) and Unreal 2: The Awakening (Xbox).