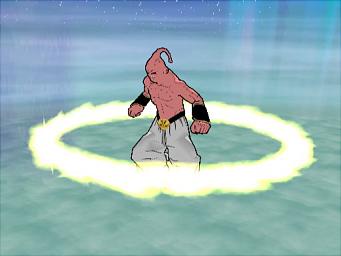 All Images (3) »
Atari is delighted to announce that copies of Dragon Ball Z: Budokai 2 on PlayStation 2 are currently being shipped to retailers across Europe to hit the shelves on November 14th.

Dragon Ball Z: Budokai 2 brings even more anarchic fighting power to the PlayStation 2, with cel-shaded character models that are much closer to Akira Toriyama's original cartoon series, immersing players more deeply into the Dragon Ball Z universe than ever before.

There are 29 of the toughest Dragon Ball Z fighters ever created for the Dragon Ball Z sagas, battling in eight destructive arenas to bring you the most explosive fighting experience yet. Each character has their own unique attack moves and the ability to perform Fusions, where they merge two characters to absorb their enemies - just as they do in the cartoons - and create even stronger fighters. New to Dragon Ball Z: Budokai 2 is the mighty villain Buu, whom you can now play in three forms: Good, Evil and Unmixed Evil.

An entirely new approach has been invented for the single player experience: Dragon Mode. In Dragon Mode, players join forces with a team of AI-controlled Z fighters on a quest to capture all seven Dragon Balls… and earth shattering battles ensue! Some of these spectacular battles are brand new to the interactive experience and have never been featured in the animated series.

In addition to all this, there is a variety of multi-player modes: Versus Mode, Tournament and Training modes, giving a massive range of Dragon Ball Z playing experiences that all players will be able to enjoy time and again.

Martin Spiess, Senior Vice President of Marketing for Atari Europe said, "The Dragon Ball Z series has been an enormously successful franchise for Atari, and we're very confident it will continue with Budokai 2. This addition to the range boasts great new features and a gorgeous animation style that fans of the cartoon series will recognize and love."