Ubisoft takes to the skies in The Battle of Britain 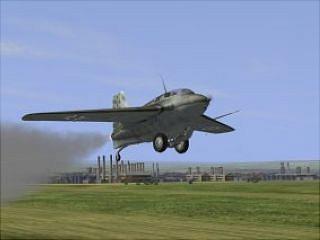 Ubisoft, one of the world?s largest video game publishers, revealed plans today to expand its line of flight Sims through a partnership with 1C: Maddox Games. The publishing deal includes the announcement of The Battle of Britain, a brand new World War II flight simulation game, which is expected to build on the enormous success of the IL-2 Sturmovik franchise. Ubisoft also plans to publish an expansion pack for IL2 Sturmovik Forgotten Battles that will let owners of Forgotten Battles take to the skies again, to engage in more World War II dogfights alone or with players around the world via the internet.

Ubisoft?s partnership with 1C: Maddox Games began with the highly acclaimed IL-2 Sturmovik, lauded for revolutionizing the flight sim genre. The attention to detail, technical accuracy and beautiful graphics completely immersed players in World War II skies like never before. The Battle of Britain will be packed with even more historical realism, and will utilize a new engine, a dynamic campaign system and new weather effects. The game will take place in 1940 during the infamous ?Battle of Britain?, between England, Germany and Italy, and it will allow players to fly for the British, German or Italian air force.

?1C Maddox Games has a stellar reputation in the industry for making quality games,? said Jay Cohen, VP Publishing, Ubisoft. ?We believe that our partnership with their talented team has made Ubisoft the world?s premiere publisher of historical flight sims and we can?t wait to bring these two new games to fans everywhere.?

?Ubisoft shares the passion we feel for flight sims and they believe in our goal to constantly work at improving the gaming experience for sim fans,? said Oleg Maddox.

?The Battle of Britain will be our most ambitious work to date and we are looking forward to the challenge.?
Companies: Ubisoft
People: Jay Cohen Oleg Maddox
Games: Battle of Britain IL-2 Sturmovik: Forgotten Battles: Ace Expansion Pack