Echelon Wind Warriors further expands the universe of Echelon, a title that set some high standards with it first instalment back in 2001 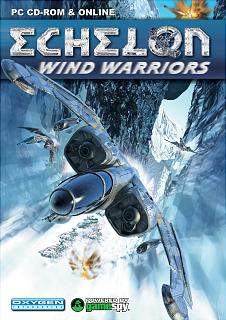 Echelon: Wind Warriors is a game simulating warfare in the distant future. There is a war going on between on between government troops of one-member planets of the Galactic Federation and the invasion force from one of the lost colonies.

The War is being fought, with both sides deploying a large variety of military hardware - heavily armed combat aircraft, as well as surface war machines designed for a variety of military purposes, offering different capabilities and using unique combat techniques.

You are a pilot, Jason "Wolf" Scott in the government air force defending your planet from the aggressor: A Rookie pilot absolutely loyal to the Federation.

Unlike with many other simulators, the action in Echelon Wind Warriors takes place not in space or high up in the Earth's atmosphere, but very close to the earth's surface over huge plains, among mountains and in canyons where the battle arena is often reduced to tens of meters.