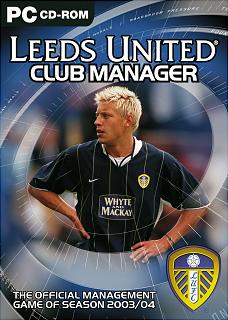 Video game publisher Just Football has helped realise the dream of thousands of football fans across the country by utilising their latest game technology, which allows the fans themselves to actually register and then feature within the latest batch of official football management games for PC.

Just Football kicked off last season by launching a club specific management game for six clubs. This season has seen that figure rise to 18 with many more clubs eager to get on board.

The Club Manager range of products offers two unique concepts to the fans to allow them to feature within the game. The first concept allows the fan to simply enter their details and favourite team on the Just Football website, they are then automatically entered into the game as a player, starting out as a budding apprentice, they may even end up playing for the team of their dreams. The second concept involves the fan having their photograph taken by the Just Football team; they then get their photo included within their club's game, where they are depicted as a fan reporter for their club. The Just Football team has been on a whistle-stop tour of a number of clubs, taking the fan photos and collecting registrations.

Both of the 'be in the game' ideas have been warmly received and generated much enthusiasm - Bolton Wanderer's Commercial Director Gareth Moores commented "Giving our fans the chance to star within the Official Bolton Wanderers Club Manager game has proved an inspired idea. They love the fact that they could actually feature as a player, and those that have registered to be a reporter will even get to see their own photo in the game".

The company has now taken over 10,000 registrations from fans wishing to be a part of the latest football management game. And the good news is that we can confirm that every fan who has registered will definitely be featured within the game. Product Manager Scott Phillips commented "For an idea that started as an experiment, we are quite honestly amazed at the response and reaction this feature has provoked". For more details on the be in the game features check out www.justfootball.net/bitg.asp