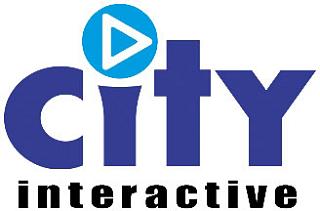 City Interactive has signed a long term distribution agreement with Gauntlet Entertainment. City Interactive will publish and Gauntlet will distribute City's titles in UK and Ireland. The agreement handles already developed titles as well as future releases. The first two titles to be released are: first person action-adventure "Nina: Agent Chronicles" and demolition racing "Smash Up Derby", both at SRP of 19,99 GBP.

About CITY interactive
CITY interactive is an international publisher and developer of entertainment software with mass appeal. The company was created by Lemon Interactive together with two other development studios - Tatanka and We Open Eyes.
The talented individuals behind City have been responsible for Project Earth, Smash Up Derby and Nina: Agent Chronicles that have been well-received around the world. The company's strategy is to produce high quality entertainment software for personal computers as well as video consoles using high-end technology.
CITY interactive is based in Warsaw, Poland.

About Nina: Agent Chronicles
NINA is an action-adventure game, with a good balance of both elements. It is not meant to be another shooter with the intention to take out anything that moves just spiced up with adventure elements, but a game where completing tasks and solving puzzles will be as important as eliminating opponents. The action is likely to move towards a tactical shooter, where combat tactics and taking maximum advantage of available weaponry has more importance than just fast reactions allowing shoot numerous opponents.

About Smash Up Derby
Classic destruction derby mayhem roars into the 21st century with the release of Smash Up Derby, the fast and dynamic arcade racing game that's a pure adrenaline rush.
With a choice of 20 powerful supercars racing at speeds of up to 180 mph it's a battle for survival as you hit the gas against opponents who are determined to win - no matter who gets in their way!