"This game is the real deal, no doubt about it" - Jon Julio 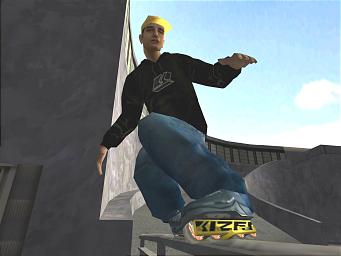 All Images (5) »
SCi today announces its entry into the exciting world of aggressive inline skating with ROLLING, a new extreme sports title for the Sony PlayStation2, and Xbox.

ROLLING features the World's top inline skaters from the streets and the circuits as they battle it out to conquer the most challenging urban terrain and skate parks across the globe. Ride the ramps or hit the streets it's up to you. Notoriety is the name of the game; as you strive to become the ultimate skater, win sponsorship and even make magazine covers.

Just some of the features?

Whether it's heel rolls, ground spins, fast slides or wall-stalls you're after, it's all here for skaters and gamers. ROLLING is due for release later in 2003