The fans called and Unreal has answered. 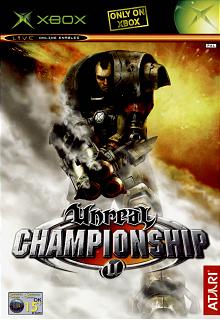 Utilising the technical prowess of the Xbox video game system from Microsoft and Xbox Live!, Digital Extremes, the developers of Unreal Championship in conjunction with Epic Games and Atari have completed the auto-update for the game and is available for download through Xbox Live! today .

While new to the console arena, auto-updating has been a mainstay of PC games for many years, and is a requirement to maintain fair and fun online gaming. Online games are extraordinarily more complex than single player titles. Exploits will invariably be found by the hundreds of thousands of gamers playing and sharing ways to gain an advantage in the game. Auto-updates defeat these exploits and balance the playing field against those who would cheat to win.

This auto-update addresses current exploits with the Translocator, the T.A.G. rifle, the Link gun, auto-aim and team balancing issues, as well as a number of performance enhancements and an improved stats system. The full list of improvements can be found at the official Unreal Championship forum, on the Atari Web site at www.atari.com.

How does the auto-update work? The auto-update is a mandatory download and takes place as soon as a player enters Xbox Live! to compete in Unreal Championship online. The system automatically detects that the game needs to be updated and installs the software onto the Xbox hard drive.

In addition, the first downloadable content for Unreal Championship will be available shortly after the update.