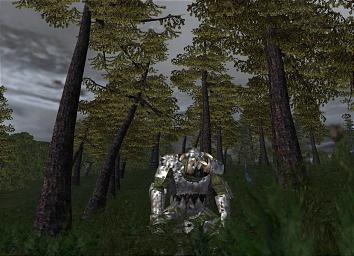 Warhammer Online is a new massively multiplayer online computer game that allows players to take on the role of outlaws and mercenary adventurers within the grim and gritty realisation of Games Workshop's dark, gothic fantasy world of Warhammer. At the heart of the game is a combination of fantastic new technologies coupled with the deep and atmospheric Warhammer background and some of the most innovative player and character development within an online RPG.

Matthew Woodley, European Marketing Director, SEGA Europe, commented, "The combining of Games Workshop's Warhammer universe and Climax's cutting-edge technology and game design is proving to be something genuinely breathtaking. Watching this game in development has been enthralling. SEGA is delighted to be involved in this project and we're genuinely looking forward to a ground-breaking game."

Robin Dews, General Manager of Warhammer Online added, "We're really excited to have SEGA as our publisher for the game. They have a fantastic reputation both in the industry and with the gaming public for only publishing top quality titles and we know they'll do a fantastic job of getting Warhammer Online into the hands of fantasy games enthusiasts the world over."

Due to appear at the E3 Games Expo in Los Angeles between May 14th-16th, 2003, on the SEGA booth #2216 in the West Hall, Warhammer Online marks another key signing for SEGA Europe. Warhammer Online is due for release across Europe during Spring 2004 closely followed by the other major territories. Release date and distribution partners for North America are still to be confirmed.
Companies: Games Workshop SEGA
People: Matt Woodley Robin Dews
Games: Warhammer Online