THQ showcases videogames for every viable game system targeting every segment of the expanding gaming audience. 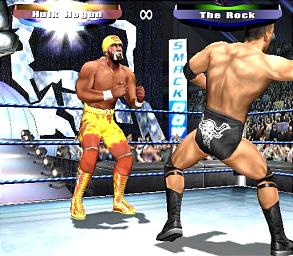 XIX
All Images (3) »
THQ Inc. is set to debut its 2003 product line up, taking gamers from the forbidden zones of Chernobyl to the pyramids of Egypt, at next week?s Electronic Entertainment Expo (E3) in Los Angeles May 14-16, 2003. The company will unveil games across all viable game systems for every type of videogame fan ? from unique action-adventures that allow players to explore the depths of exotic environments in games like Tak and the Power of Juju and Sphinx and the Shadow of Set to action games offering surreal adrenaline racing in Splashdown Rides Gone Wild and MX Unleashed. THQ will also showcase the colorful Superstars of World Wrestling Entertainment as well as the most expansive mass-market kids product portfolio in the industry, featuring favorite television and motion picture characters like SpongeBob SquarePants and Scooby-Doo!. These titles and others will be available in the THQ booth across multiple game systems including the PlayStation 2 computer entertainment system, the Xbox videogame system from Microsoft, Nintendo GameCube and Game Boy Advance, as well as personal computers and wireless devices. The THQ booth is located in Petree Hall # 4001, adjacent to the West Hall in the Los Angeles Convention Center

?THQ?s 2003 E3 line-up targets every segment of the expanding gaming audience with original high-end titles like S.T.A.L.K.E.R. Oblivion Lost (working title), Tak and the Power of Juju, Sphinx and the Shadow of Set, Alter Echo, Splashdown: Rides Gone Wild and MX Unleashed as well as our industry-leading stable of titles that appeal to the growing number of casual gamers such as SpongeBob SquarePants: Battle for Bikini Bottom, Disney/Pixar?s Finding Nemo, Scooby-Doo! Mystery Mayhem and Hot Wheels World Race,? said Brian Farrell, president and CEO of THQ. ?With a portfolio of licensed and original brands, THQ is well positioned to take advantage of the explosive growth in the worldwide interactive entertainment marketplace.?

Tak and The Power of Juju is the first property under the unique THQ-Nickelodeon agreement dedicated to jointly creating original videogame content with multi-media franchise potential through Nickelodeon?s television, movie, online, magazine and consumer product division. Set in a tribal world where magic (Juju) actually works, Tak, a young shaman?s apprentice and unlikely hero, faces perils that are both lightheartedly amusing and entertaining. Tak and The Power of Juju is scheduled for release on PlayStation 2, GameCube and Game Boy Advance in fall 2003.

SpongeBob SquarePants: Battle for Bikini Bottom ? Based on the number one program on kids? TV, the evil Plankton sets his most diabolical plan ever in motion, putting the fate of Bikini Bottom in the hands (or small tentacles) of three unsuspecting heroes -- SpongeBob SquarePants, Patrick StarFish and Sandy Cheeks -- each with unique moves and abilities. Players will go ?tongue-boarding? down huge mountains, ?underwear bungee jumping? off tall cliffs or ride in a guided "cruise bubble" in an effort to foil Plankton?s scheme. SpongeBob SquarePants: Battle for Bikini Bottom is scheduled for release on Playstation 2, Xbox, GameCube, Game Boy Advance and PC in fall 2003.

S.T.A.L.K.E.R. Oblivion Lost (working title) is the first game to utilize developer GSC Game World?s proprietary X-Ray engine that allows for massive indoor/outdoor environments, real-time physics and the capability to push more than one million polygons per frame at 60 frames per second. S.T.A.L.K.E.R. Oblivion Lost provides players with an intense first person action experience that incorporates survival horror themes and role-playing elements in a unique game of survival through the infamously known zone of Chernobyl?s nuclear facility. The game will be available exclusively for PC in 2005.

Warhammer 40,000: Fire Warrior is a first person shooter set in Games Workshop?s Warhammer 40,000 universe. Over the course of one day, the player takes on the role of Kais, a young Tau Fire Warrior who is part of a team selected to rescue the Ethereal Ko?vash?kidnapped by Imperial Forces. Warhammer 40,000: Fire Warrior features PlayStation 2 online multi-play in 17 exciting and diverse levels, 22 exotic characters to battle against and 15 devastating weapons to experience. The game also features four-player, split-screen action with unique environments and a chance to play as the enemy faced in the single player game. The game is scheduled for release on PlayStation 2 and PC in fall 2003.

Alter Echo is an innovative action game that lets players morph between three combat modes and alter time with pioneering TimeDilation technology. The game lets players assume the role of Nevin, a reluctant hero with the ability to alter time and morph his PolySuit between three unique combat forms. He must fight for survival against an entire planet that has gone mad?the surface of the planet is alive, and uses its bio-mechanical properties to spawn enemy after enemy, ensuring relentless action. A revolutionary PostFX camera system intensifies the action with spectacular visual effects that heighten the drama of every combo and special attack. Alter Echo is scheduled for release on PlayStation 2 and Xbox in summer 2003.

MX Unleashed, developed by Rainbow Studios, is a unique blend of racing and freestyle elements featuring a completely new motocross physics engine that incorporates a clutch function as well as independent rider and bike animations?delivering the most realistic motocross experience to date. Players can race through more than 40 unique tracks and explore six open worlds while experiencing highly optimized graphics with incredible eco-systems and texture resolution. In MX Unleashed players will select authentic gear and equipment from the top manufacturers in the world, set records, play mini games, race a helicopter and more. MX Unleashed is scheduled for release on PlayStation and Xbox in winter 2004.

WWE WrestleMania XIX, featuring real-life Superstar abilities, an enhanced grappling experience and original story mode, allows players to enact ?Sweet Revenge? on the grandest stage of them all, WrestleMania. Emphasizing simulation-style gameplay and all the action, excitement and attitude of World Wrestling Entertainment, WWE WrestleMania XIX will be available exclusively for Gamecube in fall 2003

WWE Raw 2 explodes into the ring with more than 60 of the toughest WWE Superstars including Bill Goldberg. Exclusive to the Xbox and developed by Anchor, WWE Raw 2 captures the look and attitude of World Wrestling Entertainment. The game features all-new match types, more moves, backstage areas and the only four-player season mode. WWE Raw 2 is scheduled for release fall 2003.