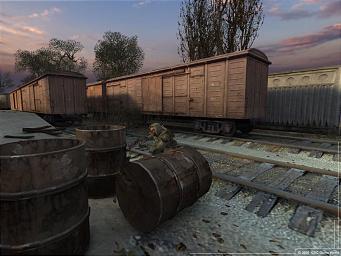 ?S.T.A.L.K.E.R. Oblivion Lost is an extremely unique game that seamlessly blends the genres of first person action, survival horror and role-playing into a single experience,? said Jack Sorensen, executive vice president of worldwide studios, THQ Inc. ?This was truly one of the most talked about games at the recent Game Developers Conference and we are very excited to be working with GSC Game World as we move more aggressively into the high-end PC business.?

"THQ is one of the largest and most successful publishers in the world,? said Anton Bolshakov, Deputy Director of GSC Game World. ?Their powerful global marketing and distribution force will make them the ideal partner for S.TA.L.K.E.R. Oblivion Lost.?
Companies: GSC THQ
People: Anton Bolshakov Jack Sorensen
Games: S.T.A.L.K.E.R: Shadow of Chernobyl