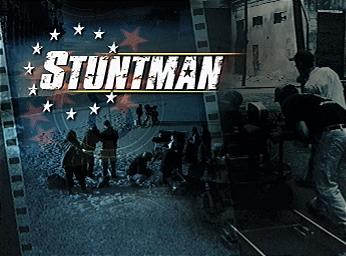 Atari announced today that Test Drive and Stuntman for the PlayStation 2 computer entertainment system, will be relaunched as part of Sony Computer Entertainment America?s ?Greatest Hits? program this summer. To be eligible for the special collection, each game must be available at retail for more than nine months and boast sales in excess of 400,000 units.

Test Drive challenges players to compete in an illegal street racing league by facing off against opponents as well as the local police, who pursue the racers as they careen through city streets avoiding pedestrians, traffic signals and oncoming traffic. Test Drive features more than 20 licensed sports cars -- including the Dodge Viper GTS, the Chevrolet Corvette Z06 and the Lotus Esprit V8 -- as well as a blockbuster soundtrack of thumping driving music from DMX, Ja Rule, Saliva and others.

Developed by Infogrames? own Reflections Interactive Limited, the company behind the best-selling Driver series, Stuntman thrusts players into Hollywood-style action films, completing death-defying stunts for a series of movies and building a career to become an A-list stunt driver. After completing a series of stunts for each movie, players can watch a full-motion video trailer for the film that includes their gameplay stunts spliced in. Top stunt drivers will unlock bonus items, such as jumps, burning hoops and stacked vehicles, that can be used in the game?s fully customizable ?Stunt Arena.?

Test Drive and Stuntman ?Greatest Hits? editions for PlayStation 2 are expected to ship April 29 and June 26 respectively for estimated retail prices of $19.99 and ESRB ratings of ?T? for Teen.
Companies: Atari
Games: Stuntman TD Overdrive - The Brotherhood of Speed