Digital version of hugely popular board game to be available to PlayStation 2 owners. 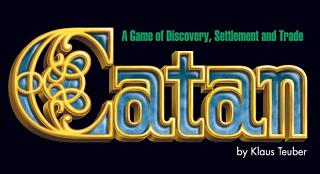 Capcom recently confirmed its intention to bring Catan to Japanese PlayStation 2 owners this summer. Based on the board game The Settlers of Catan, players travel to the imaginary island of Catan where adversaries vie for control of the land's limited resources.

Taking advantage of the newly released PlayStation 2 Broadband adaptor, Japanese gamers will be able to download the client software for free and then quickly and easily set up challenges with up to three other players. Capcom Japan is currently offering a trial service and is aiming to provide a full service this summer. While it is the intention to make this online version of Catan available to European gamers in the near future, a release date has yet to be confirmed.

Winning games will earn players credits which can then be used to purchase and download items. These include new playing maps, new AI characters and the option to change the look of your avatar. Improving the appearance of a player's avatar will instantly allow challengers to recognise the level and status of that player. Catan's distinctive character and maps were designed by Susumu Matsushita, who was also responsible for character design for another Capcom release - Maximo.

In a related announcement Capcom also confirmed that it will be the official sponsor of this year's Catan World Championship to be held in Essen, Germany this autumn. Capcom's own version of the Catan board game, currently only available in Japan, China and Korea will be the official board used at the tournament.

The original board game Die Siedler von Catan (Settlers of Catan), by Klaus Teuber, was the 1995 game of the year in Germany and the US Board game of the year in 1996. In Germany alone, the board game has sold more than 2.5 million copies and close to six million copies including extension sets, expansion sets and card games. An additional five million copies have been sold worldwide. Since its inception, Catan has gathered a solid and continually growing core audience.
Companies: Capcom
People: Susumu Matsushita
Games: Catan