Turn on, Tune in and drop out for the most authentic Vietnam gaming experience ever! 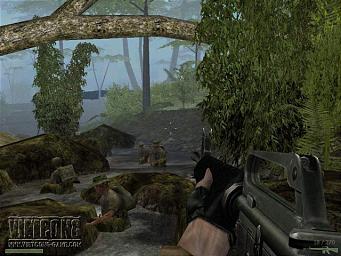 All Images (3) »
To compliment Pterodon's commitment to recreating the most iconic periods of modern history Gathering have signed some of the grooviest tunes from the era, and some of the biggest names of the 60's.

You'll be loving this soundtrack long time with tunes like Iggy Pop's Stooges punk classic "I Wanna Be Your Dog" and Deep Purple's "Hey Joe". Along side under ground hits such as The Standells: "Riot on Sunset Strip" from the Psychedelic exploitation movie of the same name released in 1967 and Primitive performed by The Groupies, A stones influenced masterpiece.

Rupert Easterbrook the Producer of Vietcong added, "The Vietnam War is one the most filmed and written about periods of modern history, it has been a topic of fascination for decades now and we want to stay faithful to it's history by leaving no stone uncovered in our quest for authenticity. As music is one of the elements that really evokes this period it was essential that we got this right."
Companies: PTERODON Take 2
Games: Vietcong