Wings clipped, among others. 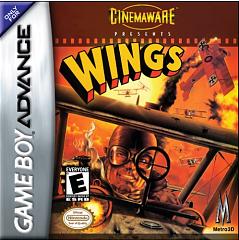 Since February 2002 PXL Computers Inc. (http://clickboom.com) has been developing PC/Mac Digital Remasters of Wings, Lords of the Rising Sun, It Came from the Desert and Rocket Ranger for Cinemaware Inc. (http://cinemaware.com)

Disappointedly, however, PXL has now filed a Superior Court of California, County of San Mateo, lawsuit against Cinemaware Inc. for breach of contract and unpaid development cost. Furthermore, development of all 4 games has been postponed indefinitely.

Digital Remasters proved to be a very challenging, yet very satisfying undertaking, as it required disassembling and rewriting a 10-15 year old code which was originally never meant to be used on anything other than the computers of that era (namely Amiga 500 and 8-bit consoles).

Late last year, however, regularly scheduled payments for development from Cinemaware suddenly stopped. Being a small team, it is imperative for us that work we take makes financial sense. Therefore, we had to put development on hold or risk a financially difficult situation when working without payment.

In the course of the past four months every effort was made on part of PXL to secure voluntary payment from Cinemaware, Inc. However, that has proved to be impossible, so PXL had no other alternative but to file a lawsuit against Cinemaware, Inc.

Even after enduring all of this, it is still our hope that the situation can be resolved, so that we can finish these almost completed games. We believe it would be a shame for players around the world never to enjoy them.

To the many fans who have written and called, we want to say thank you. We will keep you posted.
Companies: Cinemaware PXL clickBOOM
Games: It Came from the Desert Lords of the Rising Sun Rocket Ranger Wings!