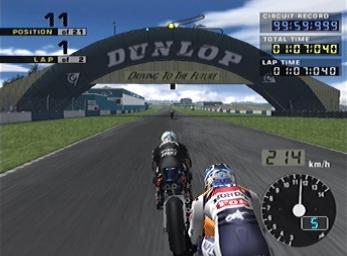 The three companies worked closely together in a move away from the traditional relationship between developer, publisher and localisation company.

Working directly with Climax, Babel was given only three weeks to carry out a full localisation of the racing game into French, Italian, German and Spanish. Time and quality efficiencies, as well as the attendant cost benefits, meant the racing game was localised in half the time it normally takes for a major title.

To begin the process, Babel transcribed nearly two hours of high-octane race commentary from 37 video clips to produce a 17,000 word script. The company used a specialist team of translators and an editor per language to turn the translation around in two days. Actors were cast in all languages and Babel used four sound studios simultaneously to record voices to picture. Climax integrated the assets over a weekend and then two Babel localisation test teams worked around the clock to hit the submission date.

'Babel is one of the few companies in the world capable of providing this level of service and professionalism that makes this kind of fast track production possible. These are the type of qualities that are essential in video game production today,? said Mike Gamble, Director of Europe Product Development at THQ International.

Excluding integration, a team of 40 people was required to localise the AAA title. The entire process was project managed by a team of three at Babel, supervised by one THQ producer. Babel is now localising the game into Japanese to a similarly tight deadline and the company is confident that such close collaboration between publisher, developer and localisation company is a paradigm for the future of games localisation.

"Until now it hasn't been possible for publishers and developers to work with a localisation company that can carry out the entire process from multiple language translation to test under one roof. This speeds up the localisation process, increases quality and means that our clients have a single point of contact for the entire job," said Algy Williams, Managing Director at Babel.
Companies: Babel Climax THQ
People: Algy Williams Mike Gamble
Games: Moto GP2