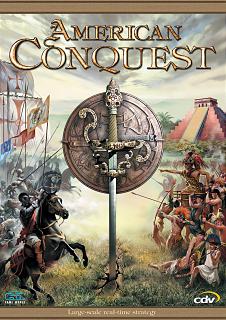 CDV Software Entertainment's multiplayer Europe vs. America 'War of Independence' Tournament is now in full swing ? but those wishing to gain an additional advantage by competing against players in an organised competition outside of the $20,000-kitty event should lock on to www.war-of-independence.com this weekend.

A special 'mini' tournament ? the 'Conquer America Cup' ? is being held across the 15th and 16th March 2003, and is open to all players, whether they are involved in the main War of Independence or not. But hurry: registration is limited, so players need to head across to the War of Independence site now. And whilst it is essentially a 'fun' competition, the sponsors ? Gainward, Logitech, and Saitek ? have donated some additional prizes which are well worth competing for.

Two finalists will each receive a Gainward Ultra/750 8X XP Golden Sample 128Mb graphics card, plus Blitzkrieg (CDV's next strategy game release) merchandise ? in total, worth over $300. Third place will take home a Logitech keyboard, a Saitek dual analogue pad, plus Blitzkrieg Merchandise ? a prize value of over $70. Finally, fourth-placed runner-up will win the Elite keyboard and merchandise, with a $40 value.

Of course, it's not about the prizes ? it's about the glory. Knockout games will be played over a series of American Conquest 1 vs 1 Deathmatch maps. Winners move up the ladder and losers go home ? there's no in between in this competition.

"Although the War of Independence tournament is in full swing, we wanted to offer latecomers a chance to compete in a similar organised competition in order to experience the thrill of online warfare" said Leo Zullo, marketing manager, CDV Software Entertainment UK. "It's mainly a bit of fun, but the top prizes are certainly well worth winning."