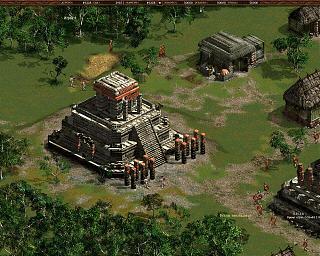 CDV Software Entertainment today announced the results of a survey of the UK student population's knowledge of US history, following the release of American Conquest, a historically accurate, real-time strategy computer game for the PC.

The results of the survey, organised in conjunction with web resource Student Pages.com (www.studentpages.com), highlighted a dire lack of knowledge of US history amongst UK university students. The average respondent scored a meagre 39 per cent, the equivalent of an exam fail.

'We're confident that these students would score much higher after playing American Conquest,' commented Leo Zullo, Marketing Manager, CDV Software Entertainment. 'American Conquest is fun to play but also informative and there's an obvious gap in knowledge of this hugely important period in history within the UK's university students.'

American Conquest spans the moment Columbus set foot on America to the American War of Independence and players must shape the future of the continent through over 50 missions spread across eight campaigns.