Constantin Film and Impact Pictures to bring us the big screen version. 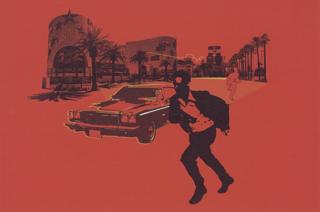 Infogrames, a global publisher of interactive games, announced today that it has optioned the film and television rights to its Driver video game franchise to Constantin Film, the leading independent production and distribution company in Germany. Impact Pictures, a subsidiary of Constantin, is slated to produce the motion picture.

With more than 12 million units sold worldwide, Driver is Infogrames' best-selling game to date. Developed by Infogrames' own Reflections Interactive, the original Driver debuted in 1999 and was that year's best-selling PlayStation action game. Released in 2000, Driver 2 ranked as the #2 best-selling PlayStation game of the year, staying in the Top 10 for 18 consecutive weeks. The hotly anticipated Driver 3 is currently scheduled for release during the 2003 holiday season, and will again follow the action-packed exploits of Tanner, an undercover policeman hired by the mob as a getaway driver.

"We are thrilled to have Driver make the jump to the big screen," said Martin Edmondson, Managing Director and Creative Director of Reflections Interactive. "The audience for Driver has grown steadily over the last three years because the game combines exhilarating action with a compelling storyline. That makes for hit games and should make for a terrific movie," he added.

"This is a great opportunity to develop the extremely cool game character of Tanner into a memorable movie figure," said Jeremy Bolt, the movie's producer. "With Tanner and Tobias Jones, we can create two very believable and iconic action movie heroes."

The feature film is currently scheduled to begin production in 2003, and is being developed for Paul W.S. Anderson (Resident Evil) to direct from a screenplay by James DeMonaco, Todd Harthan and James Roday (The Negotiator).
Companies: Infogrames Reflections
People: Martin Edmondson
Games: Driv3r Driver Driver 2