The Ultimate Rally Experience Accelerates onto the Nintendo GameCube

Race across desserts, tear up tracks and weave through forests to become the un-disputed V-Rally 3 Champion 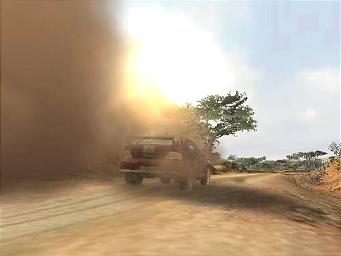 All Images (3) »
Infogrames, a leading global publisher of interactive entertainment software, is proud to announce that its hugely successful V-Rally franchise is hitting the Nintendo Gamecube system. Following on from the unprecedented success of the PlayStation 2 version and the impending release of the Xbox version, V-Rally 3 on Gamecube will hit the streets in June 2003.

Utilising the unique technological architecture of the Gamecube, Eden Studios have produced two real innovations to make V-Rally 3 on the Gamecube, a much different and refined experience than that of its PlayStation 2 counterpart. The V-Rally 3 Gamecube dynamics have been improved to produce more sensitive and responsive handling; easier, yet still simulation-oriented and complete with official steering wheel compatibility.

Eden Studios have totally overhauled and refined the in-game special effects. "It was inevitable that V-Rally 3 would release on the Gamecube as it was a logical stage of progression for the franchise. V-Rally 3 has its own distinctive identity and is a great way to introduce this legendary racing brand onto the Gamecube console." said Pascale Vermeerbergen, European Marketing Director.

In addition to these major improvements, further new features appear on the Gamecube version: the Ford Focus livery has been updated, and tracks have been widened and improved for a superior driving and racing experience.

Combined with the exceptional handling developed by Eden Studios and the addition of realistic vehicle sound affects, V-Rally 3 is poised to storm the charts with this sleek looking Gamecube version.
Companies: Infogrames
Games: V-Rally 3