When two tribes go to War! 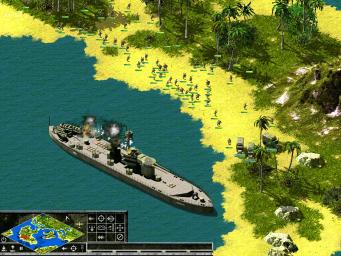 All Images (4) »
CDV have teamed up with The VGA to organise a nationwide tournament using the soon to be released game, Sudden Strike 2.

Following a series of regional heats to be held on Saturday 19th October 2002, the eventual winner will be crowned as the UK Strategy Champion and awarded a top of the range Intel Pentium 4 gaming PC. The Champion will also receive a Sudden Strike 2 Full Monty Military Tank Driving Day, for two people, which includes taking control of a Ferret armoured car, an Armoured Personnel Carrier, an Abbot tank, a rapier rocket carrier and ride in a Lance troop carrier over this specially developed SAS style course. Total prize value for the winner will be in excess of Ł2,000.

By utilising the network of high-spec VGA gaming centres, the tournament will be run simultaneously in 25 different cities around the UK, and around 500 game players will test their skill on the day at the world?s greatest strategy game. By the end of play on 19th October, local champions will emerge at each gaming centre, charged with the responsibility of representing their town in the National finals. These local champions will battle it out in a final knockout round to determine the UK champion.

Gamers from around the UK will also be given the benefit of EXCLUSIVELY playing Sudden Strike 2 before anyone else at participating VGA centres, which are due to be given their release of the game on Monday 26th August 2002.