June is busting out all over for THQ 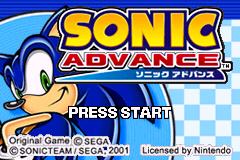 All Images (5) »
THQ Inc. announced today that it was the #2 third-party software publisher for the month of June, and the #1 third-party publisher of handheld videogames year-to-date, according to NPD Funworld, which tracks U.S. retail videogame sales.

THQ?s June performance was bolstered by key videogame releases such as WWE Wrestlemania X8 for Nintendo GameCube, Star Wars Episode II: Attack of the Clones for Game Boy Advance, Scooby Doo! Night of 100 Frights for the PlayStation 2 computer entertainment system, MX Superfly for PlayStation 2 and GameCube, and Tetris Worlds for GameCube and Xbox.

WWE Wrestlemania X8 was the #1 GameCube title on the market in June. Three THQ titles, WWE Wrestlemania X8, Star Wars Episode II: Attack of the Clones and Sonic Advance, ranked in the top 20 games sold during the month of June on all platforms.

?We are extremely pleased with the performance of our recent releases and our market position in June as the #2 independent software publisher as we enter the back half of the year,? stated Alison Locke, executive vice president, North American publishing, THQ. ?With recent hardware price cuts and the rapid adoption of next generation consoles by the mass market gamer, we?re seeing some great momentum for our mass market brands as we prepare to enter the sweet spot of the console cycle.?