Company to develop games based on upcoming Summer event film. 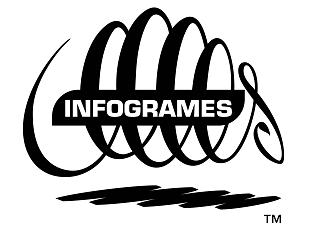 In a move that strengthens its already robust Hollywood-based video game lineup, Infogrames a leading global publisher of interactive entertainment software, has signed a deal with C-2 Pictures and Intermedia to develop and distribute video games based on the highly-anticipated Terminator 3: Rise of the Machines motion picture.

Through the agreement, Infogrames has secured the exclusive interactive rights for video games based on Terminator 3: Rise of the Machines for all home video game consoles and the personal computer. Terminator 3: Rise of the Machines is expected to be one of the most popular movies of all time. Subject to certain conditions, Infogrames also secured the exclusive first option for interactive rights to any Terminator 4 film through the deal.

?There?s no bigger action hero than The Terminator and our games will live up to the legend,? said Bruno Bonnell, Chairman and CEO of Infogrames. ?Video games and the motion pictures, the most popular forms of entertainment worldwide, are more closely connected than ever before and we are thrilled to be adding this enormously successful franchise to our growing Hollywood line up.?

The first game based on the Terminator 3: Rise of the Machines property is currently expected to hit shelves in 2003, coinciding with the release of the major summer event film. Infogrames is also currently developing another title, Terminator: Dawn of Fate, for the Playstation 2 computer entertainment system and the Xbox video game system, that is based on the original film, The Terminator. Terminator: Dawn of Fate is scheduled for release later this year.

Eurosoft 1, LLC, led by Mark Dyne, acted as exclusive advisors for C-2 and Intermedia in negotiating and structuring of the transaction. The team included Tobin Armbrust, Linda Benjamin and Noel Lohr of Intermedia, Sam Falconello and Alex Rabb of C-2, and Pamela Colburn and Dominic Ianno at Eurosoft.
Companies: Infogrames
People: Bruno Bonnell