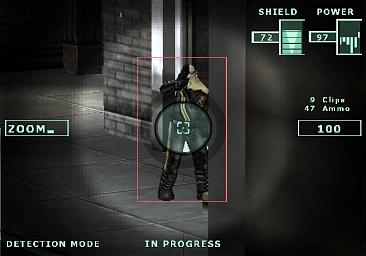 All Images (9) »
Next week's E3 Exposition in Los Angeles will offer the interactive entertainment industry its first glimpse of Titus Interactive Studio's explosive PS2 game based around one of the greatest movie heroes of all time - Robocop!

Heading to PlayStation 2 this October, Robocop: The Future of Law Enforcement is an adrenaline packed first-person shooter based around the intense 1987 hit film and its subsequent sequels. In an original plot featuring many of the film's regulars, players assume the role of Officer Murphy - the world's first cyborg cop - on the trail of a ruthless crime syndicate intent on taking over Detroit.

The game has never been seen outside of Titus's Paris office - and E3 will offer the industry the first opportunity to thoroughly play-test the code. As a prelude to this, Titus has released a selection of brand new screen shots from 'never seen before' areas of the game.

There are 15 stunning levels based on the locations from the films. Players will explore both the inner-city slums and high-rise metropolis, protecting the innocent, upholding the law and blowing away anyone foolish enough to stand in their way.

Attendees are encouraged to seek out the game on booth 5118/5130 - just off the Concourse Hall, Level one.