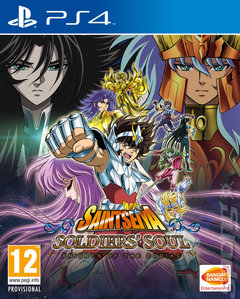 For the first time ever, the legendary license created by Masami Kuramada will set foot on PC via STEAM. With plenty of characters, a reworked fighting system, a plethora of game modes and for the first time ever the Asgard Arc, Saint Seiya: Soldiers? Soul is a must-have for all Seiya fans!

Players can pre-purchase their game here and get exclusive costumes for Hades and Athena! The STEAM version will include some exciting content such as STEAM cards and also an improvement of the game balance.

SAINT SEIYA fans can awaken their 7th sense with Saint Seiya: Soldiers? Soul via STEAM on the 27th November, 2015.

BURN YOUR COSMOS ON: