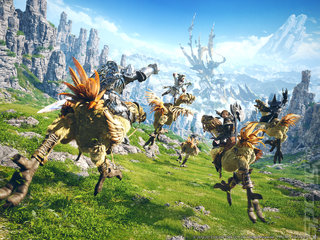 If you?re a European based-player and currently playing on a data centre based in North America, your character data will be transferred to the new European data centre for free.

Square Enix has made a major investment to build the dedicated European data centre and would like to welcome everyone in Europe that has experienced FINAL FANTASY XIV, whether existing or lapsed, to the new data centre and to feel the difference. For newcomers to FINAL FANTASY XIV, there has been no better time to begin their adventure in Eorzea! Download a 14 day free trial for PC here; http://www.ffxiv-freetrial.com/en/ or, for PlayStation 3 and PlayStation 4 directly from the PlayStation Network.