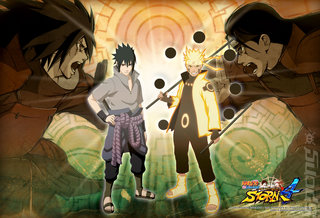 Offering stunning graphics, a plethora of characters (with many new additions such as Kaguya), a never-before-seen story mode, unreal boss fights and a completely revamped fighting system: ?NS4? as the fans love to call this title is definitely the game to have on February 5th, 2016!

?With an attractive portfolio of video-games based on famous anime & manga licenses, our wish is to have as much fans enjoying our games in their own language. In order to do so, we have decided to move forward and localize one of our biggest upcoming titles: NARUTO SHIPPUDEN Ultimate Ninja STORM 4! We hope that our fans will enjoy this massive hit. Please look forward to more languages and games localized in the future!? Vice President of Marketing & Digital at BANDAI NAMCO Entertainment Europe.

NARUTO SHIPPUDEN Ultimate Ninja STORM 4 will be available for PlayStation®4, Xbox One and PC for Europe, Middle-East, Africa and Australsia on February 5th, 2016.