SET SAIL WITH YOUR FAVORITE PIRATES IN ONE PIECE: PIRATE WARRIORS 3!

Join Luffy and the Straw Hat Crew on their Biggest Adventure on the PlayStation 4 and STEAM for the Very First Time! 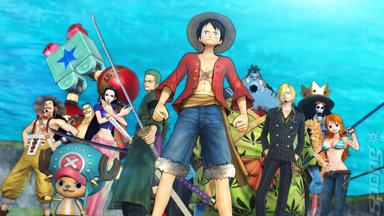 Developed by Japan based KOEI TECMO GAMES CO., LTD., ONE PIECE: Pirate Warriors 3 combines the beloved characters from the One Piece series with the furious action of the Dynasty Warriors franchise to deliver an exciting and unforgettable gaming experience for both One Piece and anime game fans.

ONE PIECE: Pirate Warriors 3 follows the original story of the extremely popular One Piece anime series starting from Fushia Village, where Luffy first departs to chase his dreams of sailing to the Grand Line and becoming the Pirate King. The game will then take players on a journey to relive all of the great moments from the first appearances of your favorite Straw Hat Pirates to the epic battles of the Paramount War Saga. Eventually, players will land in the kingdom of Dressrosa for an epic battle with the evil tyrant Donquixote Doflamingo. The game introduces the Kizuna Rush; a new gameplay feature that enables players to summon up to four characters to perform combination attacks, and an expanded list of playable characters including Fujitora, Trafalgar Law, and Luffy?s brother Sabo.

ONE PIECE: Pirate Warriors 3 is available now in stores, via the PlayStation®Network and STEAM®.

Continue the adventure on: