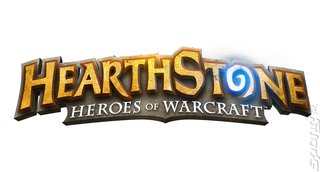 IRVINE, Calif.--(BUSINESS WIRE)-- The Grand Tournament?, the second expansion for Blizzard Entertainment's award-winning online strategy card game, Hearthstone®: Heroes of Warcraft?, is now live, and players around the world are invited to join in on the fun. This expansion brings over 130 knightly cards to the (round) table, along with exciting new game mechanics that will delight duelists and inspire creative new deck strategies.

The Grand Tournament takes players to the frost-covered continent of Northrend, where the heroes of the Argent Crusade once held a prestigious tournament to select the bravest and mightiest champions in all the land. Though the evil that once held this realm captive has been vanquished and order restored, the jousting continues in the spirit of fun and friendly competition!

This expansion presents duelists with powerful new tools for their arsenals, allowing them to motivate their brave champions through the Inspire mechanic or challenge an opponent to single combat in its most honorable form?the joust. Inspired minions, which are triggered by using a Hero Power, can grow in strength, restore health, and even call for reinforcements. Jousts are one-on-one contests between random minions drawn from each player's deck. The stakes are high?if the initiating player wins a joust, they'll earn a substantial bonus.

"With the new Inspire and Joust mechanics, and over 130 new cards to play with, The Grand Tournament brings a fun medieval-tournament vibe to Hearthstone," said Mike Morhaime, CEO and cofounder of Blizzard Entertainment. "We can't wait to see what players come up with now that they have their hands full with tons of new deck and strategy options."

The Grand Tournament is available now for Windows® and Mac® PCs, iOS and Android? tablets, and mobile phones. Card packs can be purchased individually or in discounted bundles from the in-game Shop for gold or real-world currency (same pricing as all other Hearthstone: Heroes of Warcraft card packs). Players now also have the chance to win The Grand Tournament card packs as rewards in Arena Mode, or craft cards from the expansion by using Arcane Dust, which is collected from disenchanting unwanted cards.

For more information on all things related to The Grand Tournament, visit www.thegrandtourney.com.

Nov|'15
Join the Expedition! The League of Explorers Coming to Hearthstone November 12
Aug|'15
Join the Year's Most Epic Party with the BlizzCon 2015 Virtual Ticket
Aug|'15
Hellfire Rains on Azeroth in World of Warcraft: Legion
Apr|'15
Blackrock Mountain Roars to Life!