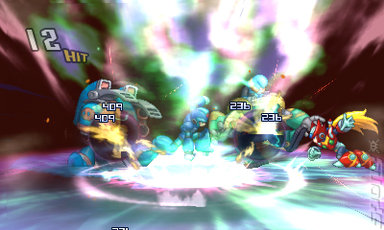 ?Working hand-in-hand with renowned publishers such as SEGA and CAPCOM is a blessing. Exchanging ideas and working towards making fans happy is the ultimate goal behind this cross-over. With dozens of famous characters and licenses, unique humour traits and highly tactical gameplay; Project X Zone 2 presents itself as a serious contender to be a critically appreciated Tactical RPG!? said Herve Hoerdt, Vice President of IP Strategy, Marketing & PR at BANDAI NAMCO Entertainment Europe.

The successful recipe of this game will be heightened with the addition of several characters, in-game features (More information to come over the next few months!) and new languages for subtitles: French, Italian, German and Spanish!