Voodoo Islands is an exciting new game from the Stuttgart based developer SPIRIT. 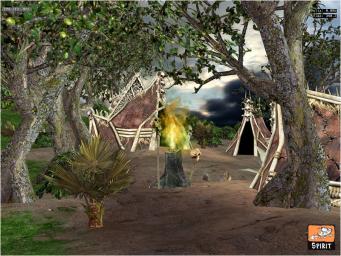 All Images (6) »
Taking the role of a pirate captain, you set forth on the high seas, fighting against evil cannibals, hostile pirates and the omnipresent Conquistadors. Your aim is to control the Caribbean Sea - but these are not calm waters. This is a treacherous sea full of bloodthirsty enemy Pirates, dangerous Voodoo spells and mysterious magical artifacts.

Flying the 'Jolly Roger' from your main sail, this Arcade Action game lets you navigate and engage other great sailing vessels using a game engine that allows for realistic movement and damage to your ship. You will engage enemies who are capable of intelligent manoeuvres and attack variants, Captains who will take your experience into account and attack accordingly. If victorious in battle, you then take control of your boarding parties to direct their booty burying progress, but make haste, for failure will see you hanging from the yardarm.

Explore the lush three-dimensional island environments for hidden treasure while avoiding insidious traps and evil cannibals, which will try to stop you from gaining this precious bounty. Improve your captain and crew's abilities by gaining mystical artifacts and developing technical inventions.

Fight and evade the powerful military force of the Conquistadors, as they seek to vanquish the seas of the pirate insurgence. Only a pirate captain who masters the power of the voodoo spells, who can outwit their foes and seize the treasure, will truly be ruler over the Voodoo Islands.