TimeSplitters 2 explodes onto Gamecube and Xbox

Eidos Interactive announces that TimeSplitters 2 is currently in development for the Xbox video game system from Microsoft and the Nintendo GameCube. 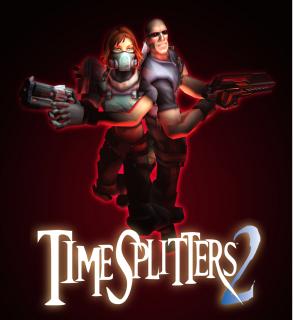 TimeSplitters 2 is the sequel to the hugely successful and critically acclaimed TimeSplitters, which was released to coincide with the US and European launches of PlayStation 2. The game is being developed by Free Radical Design and is set for release in Autumn 2002.

"We are extremely excited to announce that TimeSplitters 2 will be released on all the next generation gaming consoles," says Mike McGarvey, CEO of Eidos Interactive. "Now Xbox and Gamecube owners have the opportunity to experience the stunning graphics and amazing gameplay that TimeSplitters 2 has to offer."

"At Free Radical, we are passionate about console gaming," says David Doak, Managing Director of Free-Radical Design. "It's only natural that TimeSplitters 2 will be appearing on all three next generation consoles."

Prepare to battle through history as the evil TimeSplitters get ready to rise again. TimeSplitters 2 will improve on the original in every conceivable way. The game offers a more involving single player and co-operative story mode, featuring a complex narrative with multiple objective-based episodes and superbly animated cut-scenes.