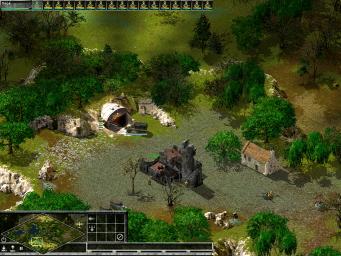 All Images (5) »
One of the special features of the highly anticipated RTS sequel Sudden Strike 2, which has remained hidden so far, is the tunnels. Via a network of underground routes you can covertly cover long distances on a map and surprise your enemy!

CDV shows some screens illustrating troops as they enter into a tunnel. The infantry cunningly enters these secret passages only to reappear behind the adversaries? men moments later. However, not only persons may be sent underground but entire vehicles, as well.
Companies: CDV
Games: Sudden Strike 2