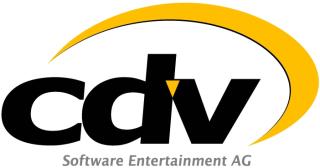 CDV Software Entertainment, one of the leading German publishers and distributors of gaming software, today announces its strongest line-up ever for E3, the biggest trade show for interactive entertainment, being held May 22-24, 2002 at the Los Angeles Convention Center. CDV?s stand will include a gaming zone, with playable code, several conference rooms, and will be located in the Kentia hall of the LA Convention Centre.

?One thing E3 has shown again and again is that it is an absolute ?must attend? show. Under California?s hot sun, the course for the years international trade is set?, says Claudia Rieflin, Events Director, CDV Software Entertainment AG.

For the fifth year in a row the German games publisher is taking part in the leading international trade show. This year the publisher presents in detail eight new titles of various genres.
They include