The CORE of Xbox 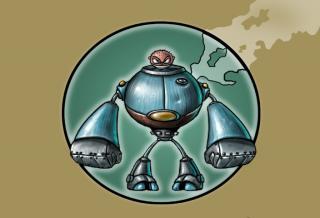 CDV Software Entertainment AG (http://www.cdv.de), an established publisher of games and user software, has entered into an Xbox Publisher License Agreement with Microsoft.

As a licensed Microsoft Xbox Publisher CDV will be free to develop games for the Xbox video game system and to market them comprehensively once Microsoft has certified them.

As the first title for this platform, CDV is producing the 3D Action Adventure "CORE" in collaboration with the Swedish developer Unique Development Studios and with the intention of publishing it in the second half of 2003.

As the biggest German publisher of PC games in the full-price segment (over ? 28), CDV is positioning itself with this title, as part of its multi-platform strategy, in the highly attractive market for console games, and will thus be raising its customer base considerably. Between 4.5 and 6 million Xbox video game systems are due to be sold world-wide up to the end of June.
Companies: CDV Microsoft UDS
Games: The Kore Gang