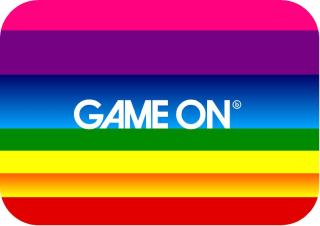 Barbican Gallery today announced the launch of its microsite (www.gameonweb.co.uk) dedicated to Game On, the first major and most comprehensive UK exhibition to explore the 40-year history of computer gaming (1962-2002). The general public will now be able to book advance tickets by accessing the new microsite.

The major retrospective will launch at Barbican Gallery, London, on 16th May and is open until 15th September 2002. The exhibition chronicles the creativity, technological breakthrough and influences computer games have on the history, culture and future of computer games.

"This is a perfect opportunity for games fans to book their tickets in advance," says Sarah Boiling, the Barbican's exhibition marketing manager. "In addition to booking tickets for the show, the microsite will deliver background information about the exhibition, news updates, a specially created game and screen saver, plus lots more. We're looking at the microsite as a crucial element of the marketing campaign for the exhibition."

Ticket prices for Game On are as follows:

Tickets are now on sale via the Barbican box office on 0207 638 8891 (booking fee applies) or on-line via www.barbican.org.uk or www.gameonweb.co.uk.

Game On will identify key creative individuals involved in games design, and explain crucial developments in hardware technology from the primitive colossal computers of the early sixties to the Xbox and GameCube. There will be some unique material and objects in the show and lots of interactive opportunities for visitors.

Over 250 exhibits will be showcased in a spectacular and unique environment. The show will be based on 16 themed sections exploring a wide variety of interactive areas. These will include early arcade games - featuring the very first arcade game - Computer Space (1971); the creative process of games - highlighting key individuals who have been responsible for the development of games such as Core Design's Tomb Raider and Maxis, developer of The Sims.

"Nothing of this scale has ever been attempted before," says Conrad Bodman, resident curator of Barbican Gallery, London. "This, without a doubt, is going to be our biggest exhibition ever, and will make a great follow-up to last year's The Art of Star Wars show which attracted 144,000 visitors. We anticipate a much bigger turn out for Game On due to the increasing popularity of interactive entertainment."
Companies: Core Maxis
Games: Computer Space