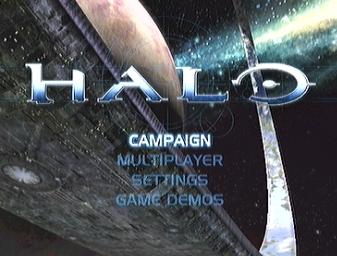 All Images (4) »
Microsoft Corp. today announced that the future-generation Xbox( video game system has landed in Europe and Australia. With Xbox already on store shelves in the United States, Canada and Japan, it's time for the Xbox generation in Europe and Australia to get a taste of the superior graphics and amazing games that Xbox has to offer.

With the best graphics, sound and game experiences, Xbox is the most powerful video game system available. It has been launched with much fanfare and excitement in every market.

"We have enjoyed successful launches in North America and Japan, and we're excited to bring the future of video games to Europe and Australia," said Robbie Bach, chief Xbox officer (CXO) at Microsoft. "It's all about the games, and the power of Xbox means that games are more realistic, bigger, more innovative and closer to the original vision of the developer."

Xbox is on sale for an estimated price of $649 (Australian), including GST, in more than 700 Australian stores, and ?479/Ł299 (actual retail prices may vary) at thousands of retail outlets in Austria, Belgium, Denmark, Finland, France, Germany, Greece, Ireland, Italy, Netherlands, Norway, Portugal, Spain, Sweden, Switzerland and the United Kingdom.

After going on sale in North America in November, Xbox and many Xbox games already have garnered some of the most prestigious awards in the video game industry. These award-winning games, as well as new European-centric titles, are available at launch throughout Europe and Australia.

"There is already tremendous buzz and anticipation for our launch titles in Europe," said Sandy Duncan, vice president of the Xbox Division at Microsoft Europe. "Gamers can't wait to get their hands on such blockbuster Xbox games as 'Halo (TM) ,' 'Dead or Alive 3' and 'RalliSport Challenge,' a fantastic racing game developed specifically for the European market."

The launch day lineup includes U.S. best-sellers "Halo (TM) ," "Project Gotham Racing (TM) " and "Oddworld: Munch's Oddysee" (from Microsoft Game Studios) as well as third-party titles such as "Dead or Alive 3" (Tecmo), "Jet Set Radio Future" (Sega) and "Wreckless: The Yakuza Missions (TM) " (Activision), all of which are exclusive to the Xbox platform.

A total of 20 games are available today, and a total of 60 titles are scheduled to be available by the end of June. Many more are in development from some of the world's best game publishers and developers, including Electronic Arts, Infogrames, Sega, Codemasters, Eidos, Ubi Soft, Activision and Konami.

"EA games such as 'FIFA World Cup 2002' look and play great on Xbox," Gardner said. "In the next few months you'll see several more titles from EA including 'NBA Live' and 'NHL 2002' and, later in the year, 'James Bond, Agent Under Fire.'"

"Microsoft has been a great partner to work with," said Scott Dodkins, senior vice president at Activision European Publishing. "It has listened to third-party publishers and kept us well informed along the way, allowing us to plan early to bring great games to Xbox."

"With Xbox we have the opportunity to start new franchises such as 'Wreckless: The Yakuza Missions' and extend our proven franchises starting with 'Tony Hawk's Pro Skater' and 'Star Wars Obi Wan (TM) ' from the Star Wars series by LucasArts Entertainment Company. The games look and sound great on Xbox, and this can only be good for everyone."