Jagged Alliance: Flashback Returns Classic Franchise Back To Its Roots Through Kickstarter 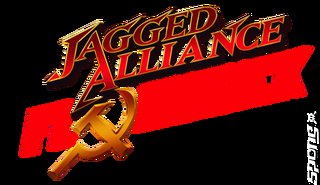 “The original Jagged Alliance was a thinking man’s game with a focus on characters, firepower and strategy. Our vision at Full Control is to bring back the tactical turn-based action that the original games were known for”, said Thomas Hentschel Lund, CEO of Full Control. “We look forward to working with a community who shares our vision and wants to experience a new Jagged Alliance that returns to the classic turn based-action of the originals”.

Set in the mid-1980’s on the Caribbean Island of San Christobal, Jagged Alliance: Flashback transports players back in time to the cold war era. They are to experience the events surrounding the foundation of A.I.M. the international mercenary organization. A destabilizing coup d’état establishes a powerful socialist regime. A hard-line fanatic U.S.S.R. General seizes the opportunity to establish a military base right under the nose of the U.S. Under the secret orders of the CIA, players must re-stabilize the balance of power in the region, restore the democratic government of San Christobal and drive out the U.S.S.R. presence by any means necessary.

Gameplay features will emphasize the core pillars that made the original games great: deep strategy, thrilling action and character RPG elements. The Kickstarter campaign gives the fans the opportunity to determine the scope and scale of Jagged Alliance: Flashback, directly influence the shape of the game and participate during its development. Pledges beyond the funding goal of $350,000 will kick off new stretch goals to expand the core game by adding content and gameplay features.

History of the Jagged Alliance Franchise:
Jagged Alliance was first released in 1994 and is still counted as one the best turn based strategy games of its time. After the release of Jagged Alliance 2 in 1999 the series slipped back into the cold war and received a reboot in 2010 with Jagged Alliance – Back in Action, which received mixed reactions from the community and press after its departure from turn-based action gameplay. Full Control plan to reset the franchise with the launch of Jagged Alliance: Flashback through Kickstarter.

About Full Control
Full Control is a small independent studio based in Copenhagen, Denmark. Over the years they have specialized in the genre of turn-based strategy games and have several productions in their portfolio: Their current project is a turn-based videogame adaptation of the hugely popular Warhammer 40k title “Space Hulk”.