First of Three Game Titles Set to be Released This Summer 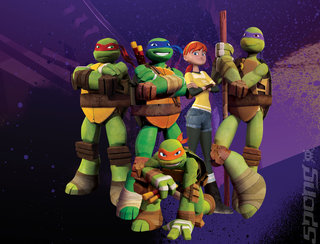 ?Activision is a leader in the gaming industry and we are honored to have them as the global video game partner for our new hit series Teenage Mutant Ninja Turtles,? said Sherice Torres, Senior Vice President of Entertainment Products, Nickelodeon Consumer Products. ?We are confident that these upcoming games will take gamers through interactive environments and action-packed adventures that truly capture the essence, tone and exciting elements of the Turtles.

?The fans of Teenage Mutant Ninja Turtles are unique in that they span generations and are very passionate,? said Kurt Niederloh, Vice President, Activision Publishing Minneapolis, Inc. ?We respect this passion and look forward to working with Nickelodeon to create games that embody the spirit of the property.?

Nickelodeon?s Teenage Mutant Ninja Turtles premiered in the UK and Ireland on 1st October, 2012. Funnier and with more ninjutsu than ever before, Teenage Mutant Ninja Turtles explores the companionship of four teenage brothers learning to rely on themselves and one another as they unravel the mystery of their existence and grow to become the heroes in a half-shell that they are destined to be.

The premiere episode was executive produced by Ciro Nieli, Joshua Sternin & J.R. Ventimilia and Peter Hastings. The series airs regularly on Nickelodeon with new episodes premiering Saturdays at 9:30am.

About Nickelodeon
Nickelodeon, now in its 33rd year, is the number-one entertainment brand for kids. It has built a diverse, global business by putting kids first in everything it does. The company includes television programming and production in the United States and around the world, plus consumer products, online, recreation, books, and feature films. Nickelodeon?s U.S. television network is seen in almost 100 million households and has been the number-one-rated basic cable network for 18 consecutive years. Nickelodeon and all related titles, characters and logos are trademarks of Viacom Inc. (NASDAQ: VIA, VIAB).

About Nickelodeon UK
Nickelodeon is the number one commercial kids TV network in the UK. Launched in 1993, it comprises seven dedicated entertainment channels for kids aged 4-15: Nickelodeon, Nickelodeon HD, Nick +1, Nicktoons, Nick Jr., Nick Jr. +1 and Nick Jr. 2. The Nickelodeon network now reaches more than 10 million viewers a month and is available in 14 million cable and satellite homes. The company has built a diverse multi-platform business by putting kids first in everything it does and includes critically-acclaimed and hugely-popular television programming from the UK and around the world, plus consumer products, online, events, recreation and feature films.