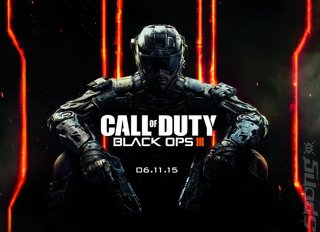 The Call of Duty? Endowment, a US charitable fund that provides grants to help veterans find high-quality employment, is expanding its support to the UK.

The Call of Duty Endowment (?The Endowment?) is a non-profit, private foundation founded in 2009 by Bobby Kotick, the CEO of Activision Blizzard. It is co-chaired by General James L. Jones, former NATO Commander and National Security Advisor to President Barack Obama and is led by Dan Goldenberg, a veteran and captain in the U.S. Navy Reserve.

The Endowment was initially established in the U.S. to identify and fund best-in-class organisations to place 25,000 veterans in jobs by the end of 2018. That goal was met two years early, and has subsequently and ambitiously been revised to placing 50,000 veterans into high-quality jobs by 2019.

Providing more than Ż19 million pounds in funding and other support to best-in-class non-profit organisations, the programme has placed more than 37,000 U.S. veterans into full-time jobs with an average 2016 starting salary of Ż42,000. As a result, the Endowment has helped veterans capture over Ż1.3 billion in first year salaries and demonstrated the value of veterans in the civilian workplace to companies across the U.S.

The expansion of its activities to the UK will seek to identify and forge partnerships with a select group of UK charities, to be announced in the coming months.

To fund UK endowment programmes, Activision today announced The Call of Duty Endowment Double Duty Calling Card for Call of Duty«: Black Ops III, is available in the UK. Designed by Treyarch, the animated Calling Card allows players to view a service member transform before their eyes from a uniformed warrior to a civilian on their way to work, showing their donation?s meaningful impact on the veteran community. In addition to the animated Calling Card, the pack includes three rare supply drops. All proceeds received by Activision, as a result of sales of these digital items to UK consumers, will go towards Endowment programmes dedicated to finding veterans high quality work.

?Our expansion to the UK was a natural move?with a long-standing ally whose armed forces have served so closely with those of the US.?
Dan Goldenberg, Executive Director of the Endowment.


Through its Seal of Distinction program, enabled via a pro bono relationship with Deloitte, the Endowment identifies and evaluates veteran-serving non-profit organizations that effectively connect recent military veterans with real career opportunities. UK application criteria include:

Organisation must undergo a review and evaluation process, as well as have a mission that includes directly assisting unemployed and underemployed veterans to find high quality jobs;
Group must complete an application, provide requested documentation and be prepared to
submit to verification procedures by Deloitte; and
Applicants will be assessed by metrics including, the number of veterans placed in jobs, the
quality of those placements, average cost-per-placement, average starting salary, six-month retention rate, and a variety of organisational, financial and other health indicators and requirements.

Winners receive a Ż23,000 unrestricted grant that supports their organisation?s efforts to place veterans in meaningful jobs followed by the opportunity to earn restricted grants that have historically averaged more than Ż450,000.

About Activision Blizzard:
Activision Blizzard, Inc., a member of the Fortune 500 and S&P 500, is the world's most successful standalone interactive entertainment company. We delight hundreds of millions of monthly active users around the world through franchises including Activision's Call of Duty«, Destiny and Skylanders«, Blizzard Entertainment's World of Warcraft«, Overwatch«, Hearthstone«, Diablo«, StarCraft«, and Heroes of the Storm«, and King's Candy Crush?, Pet Rescue?, Bubble Witch? and Farm Heroes?. The company is one of the Fortune "100 Best Companies To Work For«". Headquartered in Santa Monica, California, Activision Blizzard has operations throughout the world, and its games are played in 196 countries. More information about Activision Blizzard and its products can be found on the company's website, www.activisionblizzard.com.

ACTIVISION and CALL OF DUTY are trademarks of Activision Publishing, Inc. All other trademarks and trade names are the properties of their respective owners.
Companies: Activision Blizzard
Games: Call of Duty: Black Ops III