Cube to take off in June

Top Gun: Combat Zones heads to the Game Cube ? bigger and better than ever. 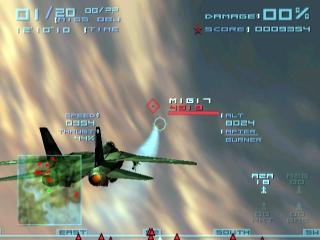 Titus Interactive has today confirmed that Top Gun: Combat Zones will be released on Game Cube in June 2002, making it the first air combat title to touch down on Nintendo?s home console.

The game will make full use of the Game Cube?s polygon-shifting capabilities, as the screenshots released today show. Everything ? from the biggest oil rig to the tiniest ground detail ? is rendered in a higher resolution, giving a clarity previously unseen in any console-based shooter.

But the enhancements are not just graphical. Feedback from the PlayStation 2 version has been digested to ensure Top Gun: Combat Zones plays as brilliantly as it looks ? with redesigned campaigns and a refined game structure.