Headhunter Music Score gets Thumbs up!

Music composed, arranged and orchestrated by Richard Jacques for Headhunter has received a great response from the critics and fans alike. 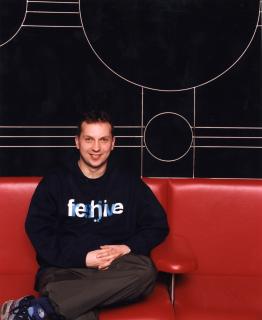 Richard Jacques
Headhunter is a cinematic action/adventure game released in the UK on Dreamcast (11/16/01) and PlayStation 2 early this year (02/01/02). Without a doubt one of the most ambitious game soundtracks ever produced, utilising an orchestra and a recording studio often used for feature film soundtracks, it proved to be Jacques? most ambitious project yet.

Says the composer, "The proof is in the pudding, and no doubt the public will speak. The director of the game and the team at Amuze are very happy with the results, and have said that the score exceeds the brief I was given, which was great to hear. I will be very interested in peoples? reactions in general, and we also have record companies interested in releasing a soundtrack CD."
Companies: Amuze SEGA
People: Richard Jacques
Games: Headhunter