adidas? digital training platform, miCoach, makes its first foray onto home consoles in time for the ?Summer of Sport? 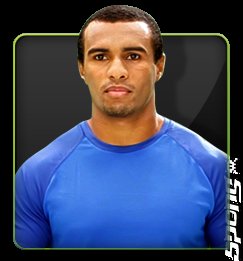 All Images (21) »
HERZOGENAURACH, Germany, and MILTON KEYNES, UK ? International publisher of video games, 505 Games, is today delighted to announce that it is entering into a worldwide agreement with global sports powerhouse, adidas, to publish the long-awaited adidas miCoach console game.

The title will be available in the summer of 2012 for the Xbox 360Ū video game and entertainment system from Microsoft, and Sony?s PlayStationŪ3.

miCoach is a personal training system from adidas for athletes of all ages, gender and level. Users can develop bespoke training plans according to their chosen sporting activity, track their workout progress, get coaching feedback, and see improvements.

adidas miCoach, the video game, brings a more technical, sports-training approach than other ?fitness? games on the home console systems. Boasting full motion-controlled support and full optical body tracking with the Kinect? for Xbox 360 sensor and PlayStationŪMove, players can train alongside their sports heroes with over 400 exercises dedicated to optimising fitness levels for particular sports activities.

Unparalleled connectivity further enables the millions of people worldwide who interact with the miCoach system through mobile apps and micoach.com to extend their training programme into their living rooms and add their achievements in the game to their exercise regime.

Simon Drabble, Director of miCoach business unit for adidas said ?we are very excited to be bringing the miCoach console game to market. Training alongside your own heroes is a fun and engaging way to get better for your sport or simply help you reach your fitness goals?

?Working with adidas on bringing this game to market provides a very exciting and immediate opportunity,? said Tim Woodley, Head of Global Brand at 505 Games. ?Bringing something truly new to the sports training and fitness segment on consoles, integrating it into the wider miCoach pantheon and capitalising on a packed summer of sport in 2012 is just the start of a great relationship.?

The miCoach game has been in development for one and half years with UK developer Chromativity (formerly Lightning Fish Games) under exclusive license from adidas.

adidas miCoach will be released worldwide in summer 2012.

Please visit news.adidas.com to stay up to date with the latest adidas news. For more information on miCoach visit www.micoach.com

* * *
About adidas
adidas is a global designer, developer and marketer of athletic footwear, apparel and accessories with the mission to be the leading sports brand in the world. Brand adidas is part of the adidas Group, a corporation that includes brands such as Reebok, TaylorMade and Rockport.

About 505 Games
505 Games is a global video game publisher focused on offering a broad selection of titles for players of all ages and levels. The company publishes games on all leading console and handheld platforms as well as for mobile devices and social networks. Product highlights include ZumbaŪ Fitness, the Cooking Mama World series, Rugby World Cup 2011, Naughty Bear and IL2 Sturmovik: Birds of Prey.

505 Games is headquartered in Milton Keynes, UK with offices in Los Angeles, Lyon, Munich, Milan and Madrid and a network of distribution partners all over the world. For more information on 505 Games and its products please visit www.505games.com.

Kinect, Xbox, Xbox 360 and Xbox LIVE are either trademarks or registered trademarks of the Microsoft group of companies.