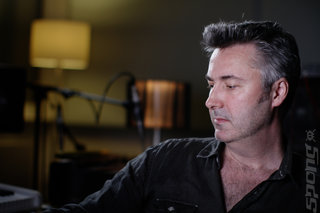 All Images (5) »
London ? 11 April 2012 ? Microsoft and 343 Industries today announced that the team has enlisted contemporary music icon Neil Davidge of Massive Attack fame to compose the score for ?Halo 4,? the highly anticipated sequel to one of the entertainment industry?s biggest franchises.

As co-writer and producer for the last three albums from pioneering trip hop group Massive Attack, Davidge is an award-winning composer, record producer, songwriter and musician who has helped create some of the most innovative sounds over the past two decades and made an indelible impression on the music industry. In addition to helping pioneer an entire genre of contemporary music, Davidge has established a career as a film composer, scoring acclaimed documentaries and composing additional music for Hollywood blockbusters like ?Clash of the Titans."

?As a passionate ?Halo? fan, I?m incredibly honored and thrilled to have the opportunity to compose the score for ?Halo 4,?? said Davidge.

?Music has always been at the heart of what makes ?Halo? so captivating and iconic. With ?Halo 4,? we want to build upon the franchise?s amazing legacy and create a score that captures the awe and wonder of the ?Halo? universe, and reinforces the deeper and more emotionally impactful journey Master Chief will embark on.?

The partnership between Davidge and 343 Industries marks the first time a new composer has taken the reins for the landmark series? score since the launch of the original ?Halo? game more than a decade ago. Working in collaboration with 343 Industries, Davidge and his production team enlisted a 16 person hand-picked male tenor / bass choir plus 10 female Bulgarian vocalists, a full 50 piece orchestra and a whole host of other performers to bring the music of ?Halo 4? to life through a massive production effort on par with a major Hollywood blockbuster.

?Neil has a deep love and appreciation for the ?Halo? universe, and the music he?s composed perfectly captures the heroic spirit and emotional power of Master Chief?s story,? said Sotaro Tojima, audio director for ?Halo 4.? ?Neil is a remarkably talented composer who has a unique vision for the future of ?Halo? music, and I?m confident his work will spark the passion and excitement of a whole new generation of fans.?

To offer a behind-the-scenes look at the creation of the ?Halo 4? score, 343 Industries released a new video feature today showing a choir and orchestral recording session at Abbey Road and Angel Studios in London. The video features interviews with Davidge, Tojima and other members of the audio team discussing their vision for the music of ?Halo 4,? and highlights the scope of the score?s production as a colossal undertaking that rivals a blockbuster movie.

Music fans who are hungry for more insight into the creative process behind the ?Halo 4? score can visit the Waypoint blog to read a blog post by Tojima about his collaboration with Davidge, listen to and download an exclusive sample track, and see the new behind-the-scenes video and photos of the recording sessions.

Launching worldwide exclusively on Xbox 360 this Christmas, ?Halo 4? is the next blockbuster installment of the iconic franchise that has shaped entertainment history and defined a generation of gamers. Developed by 343 Industries, ?Halo 4? continues the story of the series? iconic hero Master Chief as he returns to confront his destiny and face an ancient evil that threatens the fate of the entire universe. ?Halo 4? takes the series in a bold new direction by delivering its most epic and explorative campaign yet, alongside an emotionally resonant story and a groundbreaking multiplayer offering unlike anything before it ? setting the stage for an epic new sci-fi saga.

Press only: For the new behind-the-scenes video, a bio of Neil, photos of the recording session and additional assets for ?Halo 4,? please visit: http://microsoft.gamespress.com/pics.asp?i=2052

About Xbox 360
Xbox 360 is a premier home entertainment and video game system. With the addition of Kinect, Xbox 360 will forever transform social gaming and entertainment with a whole new way to play ? no controller required. Xbox 360 is also home to the best and broadest games as well as the largest on demand library of music, standard and high definition movies, TV shows and digital games, all in one place. The entertainment centre of the living room, Xbox 360 blends unbeatable content with a network of nearly 40 million Xbox LIVE members to create a limitless entertainment experience that can be shared at home or across the globe. More information about Xbox 360 can be found online at http://www.xbox.com/en-GB/.

About Xbox LIVE
Xbox LIVE is the online entertainment service for your Xbox 360, connecting you to an ever expanding world of games, movies, music, sports and social entertainment. Xbox LIVE lets you play the best games, enjoy the largest on demand library on any console, listen to millions of songs and share the fun with friends around the world. Xbox LIVE is now also available on Windows Phone 7 putting the power of connected entertainment in the palm of your hand. Xbox LIVE is the exclusive home of controller free online entertainment through Kinect, making your Xbox 360 more intuitive and interactive than ever before. With an active community of nearly 40 million people across 35 countries, Xbox LIVE provides you with instant access to the entertainment you want, shared with the people you care about. More information about Xbox LIVE can be found online at http://www.xbox.com/en-GB/live.

About Microsoft
Founded in 1975, Microsoft (Nasdaq ?MSFT?) is the worldwide leader in software, services and solutions that help people and businesses realize their full potential.

Note to editors: For more information, news and perspectives from Microsoft, please visit the Microsoft News Center at http://www.microsoft.com/news. Web links, telephone numbers and titles were correct at time of publication, but may have changed. For additional assistance, journalists and analysts may contact Microsoft?s Rapid Response Team or other appropriate contacts listed at http://www.microsoft.com/news/contactpr.mspx
Companies: 343 Industries Bungie Microsoft
Games: Halo 4